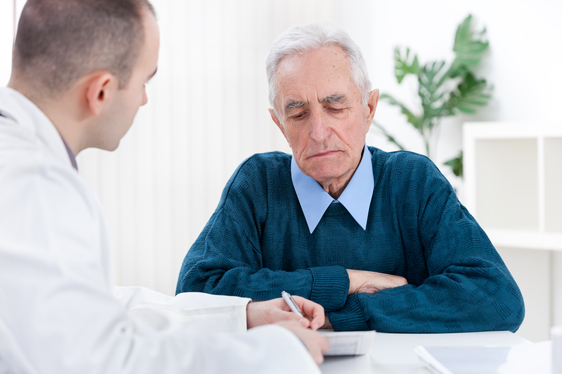 A SafeStart to One Man’s Surgery - The Case Background

Nurse.com published a blog post authored by Nancy Brent, RN, MS, JD which discussed how documentation was critical in the dismissal of a lawsuit that named a nurse. In Starnes v. Schoolcraft Memorial Hospital (Michigan Court of Appeals, 2019) the plaintiff accused the surgeon, hospital, and nurse of performing a procedure on the wrong knee then covering up the error through manipulation of the documentation. The Michigan Court of Appeals found the allegations to be “based purely on speculation and conjecture” (Starnes v. Schoolcraft Memorial Hospital, 2019). While documentation was critical in the successful defense of the wrong-site allegations, this case serves as an excellent example of how SafeStart, an innovative digital patient safety solution focused on preventing never-events could have impeded the perception of a wrong-site surgery; furthermore, deterring the accusations of malpractice from becoming litigation.

In 2012, patient LS met with an orthopedic surgeon to discuss surgical intervention for a medial meniscus tear of his right knee, confirmed by an earlier MRI. His complaints of right knee pain began in 2011 and an MRI performed in 2012 showed a “sprain of the MCL, tear of the posterior horn of the medial meniscus, along with other degenerative changes”. He elected to not proceed with surgical intervention or physical therapy as recommended. Later that year, LS stepped into a hole and complained of bilateral knee pain. His pain management specialist found with full flexion the patient complained of discomfort, noting the left was worse than the right. Patient LS self-referred to a different orthopedic surgeon in 2013 for an evaluation of his right knee. After the surgeon left the room, LS asked the nurse to have him return and reported that his left knee pain was worse than his right. Based on his clinical examination and the patient’s report, the surgeon determined that the left knee symptoms were consistent with a torn meniscus as well and recommended a left knee arthroscopy instead of a right knee arthroscopy.

The clinic nurse responsible for completing the consent form circled the “R” on the surgical consent form because she started the paperwork the day prior based on the initial appointment for an evaluation of the right knee. When she became aware of the plan to operate on the left knee, she amended the form by placing a line through the “R,” writing her initials next to the mark, and circling the “L,” all before presenting the patient with the consent form. Patient LS then signed the consent form for a left knee arthroscopy. The additional documentation prepared that day correctly identified the surgical site as the left knee.  The day before surgery, LS was called by the surgical facility to complete a preoperative phone assessment, and he confirmed the surgical plan of a left knee arthroscopy. The following day, the perioperative team verified with the patient verbally multiple times the site and procedure. The left knee was shaved and prepped in the preoperative holding area and the surgeon marked the left knee as the surgical site before proceeding to the operating room. The surgeon’s operative report confirmed the diagnosis of arthritis as well as a previous medial meniscectomy, synovitis, and inflammation.  The day after the arthroscopy LS participated in a physical therapy session without complaints. Two days after surgery a nurse called LS and he confirmed his physical therapy visit and did not mention a concern of a wrong site surgery.

Less than a year later, LS had a repeat arthroscopy on the left knee by another surgeon with the same findings as the previous arthroscopy. Following the second left arthroscopy the patient accused the previous surgeon of operating on the wrong knee. He made reference to the amended consent form, asserting that the nurse covered up the surgeon’s error by crossing out the R and circling the L.

This case was heard in the Circuit Court as well as the Court of Appeals. Four years after the surgery, the circuit court dismissed the lawsuit citing medical malpractice claims must be supported by more than “speculation and conjecture”. The case was later heard by the Court of Appeals and the court upheld the Circuit Court’s decision in 2019 that “there were no genuine issues of material fact”.

Malpractice cases are challenging and emotional for everyone involved. While being on the winning side is the preferred outcome, avoiding litigation is better yet! The authors of this blog series illustrate how using SafeStart could have prevented the patient’s perception that an error occurred and accusing the staff of a cover up through altering the medical records. In addition, the authors show how a patient inclusive preoperative care platform can shield the defendants against allegations of wrong-site surgery, potentially preventing accusations from becoming litigation. Preserving the patient-provider relationship and maintaining the patient’s trust in the care team is a goal of patient-centered care. Warding off preventable lawsuits eliminates the emotional burden and financial strain that a malpractice lawsuit brings to all of the parties. These vignettes will discuss the use of SafeStart from the perspectives of a surgeon, nurse, and patient. This case will serve as an example of how SafeStart could be used as a risk reduction tool for health care providers and facilities while it promotes correct site care of the patient.

To read more about this case from various healthcare team perspectives, stay tuned for further installments of our blog! The first is from the Nursing Perspective, written by our very own, Katherine Lee RN. Thank you for reading!

SafeStart works with or without an EMR